Auditors must get tough when evaluating corrective actions. If a corrective action fixes only its resultant problem and doesn’t remove its cause, don’t accept it. If you accept a weak solution, you’ll end up writing the same or a similar nonconformity in a future audit.

Do you seem to be reporting some of the same nonconformities from audit to audit? Isn’t that frustrating? Why isn’t the auditee fixing the problems that you keep citing? Well, it may be partly your own fault. Accepting weak corrective actions will lead to repeat nonconformities.

Why are organizations having such a hard time taking effective corrective action? It may be that they don’t understand how to perform root cause analysis. Or, they may view a corrective action request as an annoyance to be quickly dismissed so they can get back to their “real” work.

A common mistake in completing a corrective action is for the auditee to claim that the cause of a nonconformity was human error. As a result, the organization attempts to correct the behavior of the person it blames for the problem instead of eliminating the real root cause.

If an organization says that a nonconformity you’ve cited was due to human error, you should ask its management team why it’s so prone to error. The answer may be that it’s overly complex, poorly documented, is conducted by inadequately trained employees, or that their job descriptions are unclear.

To reduce the use of this excuse, your organization may want to institute a policy that citing “human error” is an unacceptable root cause for a nonconformity. Force auditees to investigate what is causing the mistakes and then determine how the process can be made less prone to error.

Unfortunately, auditors often compound this issue by attempting to conduct a follow-up audit too soon. It’s possible that you might be able to verify that a problem was contained and fixed soon after it was cited, but it’s more likely that you won’t be able to reliably evaluate the effectiveness of its corrective action so soon. Enough time must elapse to ensure that the events or transactions that triggered the nonconformity have repeated themselves after the corrective action was performed and implemented. Only then can you see if the nonconformity is repeating itself or not. The evidence must clearly show the nonconformity is not recurring to prove the action was effective in removing the cause(s).

Remind the auditee that a corrective action may not be required for all reported nonconformities. It depends on the effect of the nonconformity. If it’s a problem that is easily detected, low risk, and costly to prevent, the right business decision may be to record the investigation and explain your justification for not taking a corrective action.

Although you may be tempted, don’t include or even imply a possible cause in the problem statement. If you do, you will be interfering with the organization’s analysis and cause it to overlook the real root cause. Don’t mention the person by name who is involved in the problem; keep the focus on the process.

To relate a sense of importance and urgency, you may want to include an explanation of why the situation is of such concern. Identify the potential consequences if the situation isn’t addressed quickly and properly. You need to issue a well-written corrective action request, verify that it’s assigned to the appropriate process owner, and that he or she has an agreed-to completion date.

Clause 8.5.2 of ISO 9001 states that “Corrective actions shall be appropriate to the effects of the nonconformities encountered.” Organizations should establish criteria for what they consider “appropriate” action. There may be minor problems that need to be fixed that don’t require formal corrective action. New problems could be referred to a manager for review. If it’s the first occurrence, it could be merely fixed and tracked. If there are multiple occurrences, a corrective action should be initiated.

To illustrate the difference between correction and corrective action, consider this example. An auditor writes a nonconformity report because a required employee training record can’t be located. It could be that the training was never given and therefore a record doesn’t exist, or the training was provided but the record is missing.

ISO 9001:2008 states in clause 8.2.2, Internal audit: “Ensure any necessary corrections and corrective actions are taken to eliminate detected nonconformities and their causes.” Therefore, the standard calls for separate activities: correction to remove the nonconformity and corrective action to remove its causes, but only to the extent necessary.

Clause 8.2.3, which addresses process monitoring and measurement states, “When planned results are not achieved, correction and corrective action shall be taken, as appropriate.” Again, the standard recognizes that the activities are different and only performed as appropriate.

The different types of correction include:

Another point of confusion is the difference between corrective action and preventive action. Corrective action is the action to eliminate the causes of a detected nonconformity to prevent its recurrence. It is a type of problem management.

Preventive action is the action to eliminate the causes of a potential nonconformity to prevent its occurrence. It can be considered a form of risk management.

When the ANSI-ASQ National Accreditation Board (ANAB) was receiving inadequate responses to nonconformities it issued during audits of certification bodies (CBs), it gave guidance to its auditors on how to better evaluate corrective action responses.

According to ANAB’s guidance, nonconformity responses should be reviewed in three parts: correction, root cause analysis, and corrective action. In reviewing the three parts, auditors first look for a plan and then evidence that the plan is being implemented. In some cases, the CB may take action and not provide a plan. This is acceptable as long as the following guidance is met.

To be fully accepted, the response must include the following components:

To be fully accepted, the response must follow the following guidance:

To be fully accepted, the response must include the following components:

In summary, solving a problem reported in an audit includes these steps:

As auditors, we need to be tough on accepting corrective actions. Reject the ones that are only containment actions or corrections. Ensure that auditees have determined the root causes and taken corrective action to remove them. Verify that their actions were effective and the nonconformity isn’t repeating itself.

Larry Whittington is president of Whittington & Associates, a training, consulting, and auditing company founded in 1993 and located in Woodstock, Georgia. He is a RABQSA-certified lead auditor and IRCA principal auditor, as well as an ASQ Certified Quality Auditor and Software Quality Engineer. Whittington has developed requirements, implementation, documentation, and auditing courses used by multiple training firms and has taught hundreds of classes to thousands of students. Contact him at larry@whittingtonassociates.com. 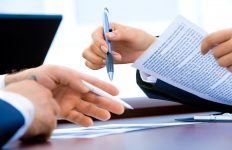 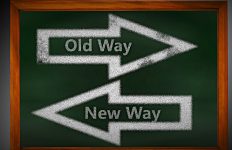 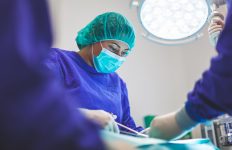