Our auditor profile highlights Ken Cameron, director of consulting firm Ken Cameron & Associates. Cameron is very much a firm believer in “old school” auditing. During his 22-plus years in the profession, Cameron has completed more than 1,000 audits. He has also built a successful consulting business on a foundation of relationships and understanding his clients.

Cameron was initially drawn to the auditing profession as a new and emerging career choice. While working at a consulting engineering practice in 1989, Cameron worked his way up to role of quality manager. In 1992, he helped the company gain certification to ISO 9001 and they became the first consulting engineer to do so.

From there, Cameron went on to work as a consultant and joined Australian Quality Assurance & Superintendence. After two years, Cameron was running the business. He continued to do so for close to 17 years.

Three years ago he channeled his wealth of experience into creating Ken Cameron & Associates.

Working on his own, Cameron’s consultancy mainly deals with second-party (project based) and pipeline certification audits.

He spends two-thirds of his time working from his home office—preparing for audits and writing audit results. His remaining time is spent in the field at project sites or working at clients’ offices.

Cameron lists the highlights of his career as running his own business and being involved in high-profile projects.

“I have done a lot of big infrastructure projects in Sydney especially, and I have got to travel with AusAID doing work overseas in an auditing capacity,” he says.

However, it wasn’t always easy for Cameron.

“When I first started doing audits and getting involved in quality systems in general, there was an extreme lack of understanding of information,” he explains. “Basically, anyone could declare themselves to be an expert, and they probably were.

However, as the auditing profession changes, Cameron says that adapting to change and identifying the need to change is the most challenging part of being an auditor.

“As clients’ needs change, you really have to make sure that you understand what they want and give it to them so they keep coming back,” he says.

This story is true of many industries, with establishing and maintaining relationships fundamental if you want to succeed.

Understanding the industry and the client is essential. Cameron cites the lack of this understanding as the auditing profession’s biggest problem. In Cameron’s view, people who don’t understand what they are dealing with or the principles of quality management systems are simply unable to relate to the people and processes they are reviewing.

“You have to keep reminding clients that there is value in engaging with you, and that when you do a review of something, you can add some value to their project,” he explains.

To create this value, Cameron is very much “old school” in the way he approaches auditing. He prefers to focus on the person he is auditing rather than rely on technology. This helps build a relationship through human-to-human interaction and understanding.

“When it comes to doing an audit, I still use a pen and paper,” he says. “I engage in conversation with the people I am auditing. That requires you to look them in the eye, and it requires you to be able to scribble notes. You can’t do that if you are trying to use a computer.”

However, he doesn’t completely shun technology. He recognizes the benefits and convenience of not having to print out reports and of using an electronic notepad to take notes in briefings.

To keep up to date with the latest changes and requirements relevant to the profession, Cameron also prefers to take an old school approach by attending conferences and reading industry publications.

“Going to conferences is a really valuable way of maintaining contacts with people in the industry and hearing what is happening,” he says.

However, taking a critical view, Cameron believes that as a profession auditing is very poor on the conference front. With a considerable amount of auditors working in isolation, Cameron stresses the importance of getting auditors to talk to one another.

“In the 1990s, there still were conferences. However, now, especially in Australia, there are very few forums where you can go and exchange ideas with other people.

“I do a lot of work in the pipeline industry,” he says. “Therefore, I go to the pipeline conferences every year just to talk to people, find out what’s new in their industry, and what sort of pressures they are under. That dictates how I audit them.”

This is an issue that many auditors can identify with, with many in the profession working in similar environments. As technology continues to advance, it’s important that professionals don’t neglect the core values that the auditing profession was built on—such as maintaining relationships, increasing knowledge, and understanding clients—to promote best practice. Staying true to these values may also help to shift the perception of auditing from “policing” to a process that adds value. 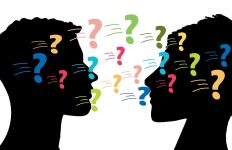 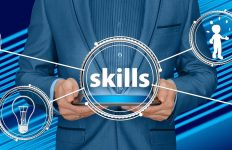 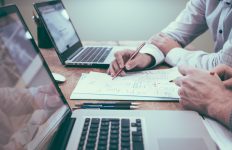 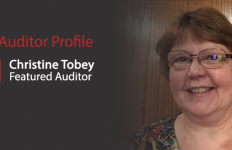