At the closing of the three-day United Nations Food Systems Pre-Summit in Rome last month, Italy’s Minister of Foreign Affairs, Luigi Di Maio, started his closing remarks by commending youth for their leadership in the transformation of food systems.

In the same closing event with a room full of delegates from around the world, Rayan Kassam, a youth leader from Lebanon, said the main message for governments to take forward to the Summit in New York in September is that “we want to sit at the table with you when you make decisions about our future food systems.”

Young people are fully incorporated into leadership positions within the UN Food Systems Summit with the architecture intentionally designed to include young people from around the world. From the five Action Tracks to the Champions Network, young people have played a key part in preparations for the Summit in September.

“This is honestly the first Summit I have seen youth leadership at the heart of the Summit itself, in decision-making positions, and I’m really hoping this can serve as a role model for future UN Summits,” says Marie-Claire Graf, a youth leader from Switzerland.

Youth have led Summit dialogues and created a self-organizing group. Through a month-long online consultation process and a pledge initiative, youth are given the opportunity to deliberate and identify solutions and priorities they will take forward beyond the event.

Close to 10,000 young people from around the world have participated in the Summit process, including a dedicated Global Youth Dialogue in May and with their participation and leadership across other dialogues in 145 countries over the past two years.

“Throughout the whole year, the youth have had an outstanding contribution towards the Food Systems Summit process,” says Victor Mugo, a youth leader from Kenya who spoke at the Pre-Summit session on youth actions for food systems. “The youth have led from the front and are actually exemplifying that we are not the leaders of tomorrow, we are the leaders of today.”

The session at the Pre-Summit comes on the heels of the launch of a UN report on youth and agriculture, which underscores the urgent need to make food systems more appealing to young people to secure the future of global food security and nutrition.

The growing youth population is raising issues of health, education, and employment for the next generation, with forecasts that more than half of the population in Africa will be under 25 by 2050.

Young people have also been disproportionately affected by the Covid-19 pandemic, with youth employment falling by 8.7 percent in 2020 compared with 3.7 percent for adults, according to UN figures.

Against this backdrop, the youth delegation at the Pre-Summit have created a statement of action to advocate for governments to, among others things, “smooth barriers” and provide better access to financing, risk mitigation measures, information, and knowledge, as well as ensure minimal and decent wages for people working within food systems. 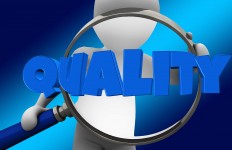