Following a thorough audit process conducted by leading inspection, verification, testing and certification company SGS, work by the Rio 2016 Organizing Committee to deliver the Olympic and Paralympic Games in a sustainable manner was recognized with the award of ISO 20121 certification.

ISO 20121 audits the sustainability of event-related activities, products, and services by pursuing objectives including financial success, sound social responsibility strategies and activities, and reduction of environmental footprints. The standard is currently considered to be the most demanding in the world in terms of environmental sustainability for the organization of a sports event.

Rio 2016 President Carlos Arthur Nuzman was awarded a plaque confirming the certification on January 27 by SGS Brazil Director Vanda Nunes, on behalf of the Olympic and Paralympic Games Organizing Committee.

“We went through a very thorough external audit which certified that we are serious about sustainability and assuming good management practices,” Nuzman said. “This will be a legacy for the events sector. What we have done here is unprecedented in Brazil.”

SGS has strong experience in certifying against the ISO 20121 standard for events such as the 2012 London Olympic Games, the Roland-Garros French Open, and UEFA EURO 2016. Vanda Nunes of SGS Brazil acknowledged that the award from SGS is public recognition that Rio 2016 had implemented what had been proposed.

Rio 2016 Sustainability Manager Julie Duffus explained that the award reflects the synergy between different areas of the organizing committee and added, “It has been a challenging situation, of course, but we have managed to involve all parties, from internal employees to suppliers.

“Sustainability is embedded in our processes and this certification proves it,” Duffus said. 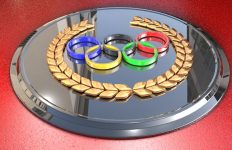