The recipients of the award are recognized for their commitment to sustainable excellence through innovation, improvement, and visionary leadership. This year’s recipients represent four different sectors and include a two-time winner for the seventh time in Baldrige history.

Secretary Pritzker said this year’s honorees have demonstrated an unwavering commitment to improving their performance in all facets of their organizations, and have served as role models for others to follow.

“As America’s Innovation Agency, the Commerce Department is honored to support innovators and job creators who power our economy and help keep America open for business,” Pritzker said.

The Commerce Department’s National Institute of Standards and Technology (NIST) manages the Baldrige Award in cooperation with the private sector. An independent board of examiners recommended this year’s Baldrige Award recipients from a field of 26 applicants after evaluating them in seven areas defined by the Baldrige Criteria: leadership; strategy; customers; measurement, analysis, and knowledge management; workforce; operations; and results. An organization may compete for the award in one of six categories: manufacturing, service, small business, health care, education, and nonprofit (including government agencies).

“Achieving sustainable excellence through the Baldrige Excellence Framework (which includes the Baldrige Criteria for Performance Excellence) takes time and commitment, but it is an effort that thousands of organizations worldwide have made the cornerstone of their leadership, management and improvement programs,” says Robert Fangmeyer, director of the Baldrige Performance Excellence Program. “Time and time again, organizations using the framework demonstrate positive transformation and growth, impressive metrics and outcomes, and lasting benefits for management, employees, customers, and stakeholders.”

To date, more than 1,600 U.S. organizations have applied for the Baldrige Award, and there are more than 30 independent Baldrige-based state and regional award programs covering nearly all 50 states. Internationally, the program has served as a model for nearly 100 excellence programs. In addition, many organizations use the Baldrige framework for its improvement and innovation strategies without applying for any of these awards.

Between 2010 and 2014, more than 4 million copies of the Baldrige Criteria for Performance Excellence were distributed. Their widespread acceptance and use both nationally and globally has dramatically effected all types of organizations. The following are achievements by the 2015 Baldrige Award winners:

The Baldrige Award judges also may recognize best practices in one or more of the Baldrige Criteria categories by organizations that are candidates for the award but are not selected as a recipient. This year, the judges have chosen to honor Memorial Hermann Sugar Land Hospital (Sugar Land, Texas) for its best practices in the strategy criterion.

The 2015 Baldrige Award will be presented at an April 2016 ceremony during the Quest for Excellence conference in Baltimore.

The Baldrige Program raises awareness about the importance of performance excellence in driving the U.S. and global economy; provides organizational assessments, training, tools, and criteria; educates leaders in businesses, schools, health care organizations, and government and nonprofit organizations; shares the best practices of national role models; and recognizes those role models with the Baldrige Award.

The Baldrige Award was established by Congress in 1987. Since the first group was recognized in 1988, 109 awards have been presented to 102 organizations (including seven repeat recipients). 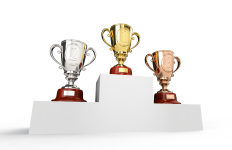 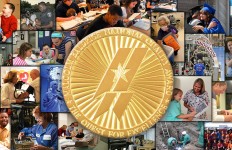 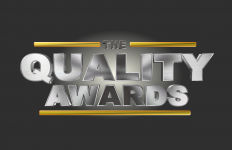