Browse: Home / Number of ISO Certificates Up In 2016

For the 2016 survey, two management system standards were added—ISO 19001:2012 Road Traffic Safety (RTS) management systems – Requirements with guidance for use and ISO 28000:2007 Specification for security management systems for the supply chain. This change was made following recommendations from international accreditation and certification experts, bringing the total of standards surveyed to 11. 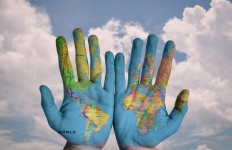