To learn about the process of investigating and understanding the underlying cause of a problem and the tools involved, The Auditor spoke to Denise Robitaille, author of numerous books, including Root Cause Analysis: Basic Tools and Techniques. Robitaille is also an Exemplar Global-certified lead assessor, ASQ Certified Quality Auditor, and a fellow of the American Society for Quality.

According to Robitaille, root cause analysis is essential to effective problem solving, and without a deliberate methodology, people tend to take short cuts, ignore good data, dismiss unlikely causes, and fall back on opinion and hysteria.

“If you don’t get to the root cause, you end up expending a lot of resources on a corrective action plan that is doomed to failure because it doesn’t address the actual cause,” Robitaille said.

The brainstorming process brings together a group of people to discuss the issue in a question in a facilitated environment. The basic premise is that a group of people working collectively to find a solution is more productive and innovative than if each person tried to come up with a solution individually.

Basic steps of the brainstorming process include: scheduling a meeting, informing the participants of the topic to be discussed, assigning a specific person in the meeting who will write down people’s thoughts, with all participants having equal opportunity to participate. The resulting discussion should identify the root cause of the problem and try to resolve it.

Suggested by some as being the simplest root cause analysis tool, “the 5 whys” technique uses a question-asking method to explore the cause-and-effect relationship underlying the problem. Essentially, the investigator keeps asking “why” until a meaningful conclusion is reached. Generally, a minimum of five questions should be asked, although additional questions are sometimes required if the real cause is yet to be identified, rather than simply settling for a partial conclusion.

Flowcharts organize information about a process in a graphical manner, making it clear what is impacted.

Although there are numerous flowcharting tools available, Robitaille suggests individuals keep their flowcharts simple, using a rectangle for a process step, an arrow for direction, and a diamond for a decision point.

“I urge individuals to eschew the more complicated forms as they clutter rather than clarify, and they can be intimidating for less sophisticated users,” she said.

Another commonly used method of root cause analysis—fishbone diagrams—are most useful when the “5 whys” is too basic. Fishbone diagrams are also known as cause-and-effect diagrams.

In a fishbone diagram, the various causes are grouped into categories, with arrows in the image indicating how the causes flow toward the nonconformity.

Categories used in the fishbone diagram are not pre-defined, but common categories include equipment, processes or methods, measurements, materials, environment, and people.

This type of root cause analysis is a causal process and seeks to understand the possible causes by asking questions such as “what actually happened,” “when,” “where,” “why,” “how,” and “so what” until a possible cause is identified and the consequences and significance is investigated for each category.

Often the output from a brainstorming session, an affinity diagram can be used to generate, organize, and consolidate information related to the issue in question.

After ideas have been generated, they can be grouped according to their similarity to identify the major causes.

An affinity diagram should be used to stimulate discussion about a problem or issue, opening up possibilities for improvement or solution.

“Sometimes a flowchart will facilitate an understanding of the sequence of events and identifying breakdowns,” Robitaille said. “Other times, a ‘5 whys’ inquiry will allow for an investigation to move out of the area of detection and toward the point of origination.”

Combining tools is practical and often necessary. For example, although brainstorming can lead to some great hypotheses, the data can be difficult to confirm without organizing it in a fishbone diagram and then seeking out objective evidence to substantiate the idea.

Although most root cause analysis tools have the desired results if they are correctly applied, it’s important to make sure people know how to use them, Robitaille said.

“If people are intimidated by complex tools, they either don’t use them correctly or give up,” she said.

For this reason, sometimes, the simplest root cause analysis tools are often the most effective. 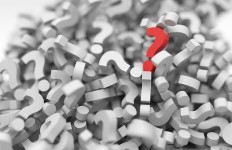 Why We Don’t Ask Why (and Why It Matters… Sometimes)→

The Ghost Map: Root Cause Analysis vs. Assumptions→ 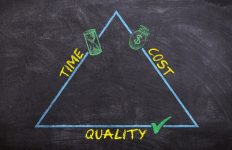 How to Increase the Value of Your Supplier Audits→