As we approach the end of the year, a time when family and friends gather to celebrate the clock and calendar resetting for the New Year, I thought it appropriate to regale you with my 2011 audit travels in the quest for a global, universal recognition of the auditing profession. This is not a lament, but a tribute to the auditing professionals who spend so much of their lives away from home, in foreign companies, and in foreign countries in their relentless pursuit of global improvement.

By recounting my own audit travels I hope to show how much effort our profession puts into improving our daily lives. Some readers may travel a lot more than me, some may be amazed at the amount of travel I’ve done this year. In any event, our way of life that we’ve all grown accustomed to would not have improved if not for the countless number of audit professionals who do their jobs every day.

In the past year I have traveled more than 250,000 miles (440,000 km) by air. That’s enough to go around the equator 11 times. In total, I spent a full month in the air this year; excluding taxi, take off, and landing times. I spent two months traveling to and from airports—that’s door-to-door time. In total, I spent 220 days away from my home in 2011.

I boarded no less than 150 international flights; more than 20 of them were delayed for more than one hour; more than 10 were delayed longer than 12 hours. I visited no fewer than 10 countries, many of which I visited up to 12 times. I lost no luggage this year, which is amazing in itself.

On most of my audit travels, I move quickly to pack as much into one working day as possible. I have started my day in the United Kingdom, had a late lunch in India, and finished with an early breakfast in India. I have been to Korea for dinner, China for lunch, and Japan for a morning meeting. I know that next month I will start one day in Seoul, do lunch in Beijing, and end the day with dinner in Tokyo. I have crossed more than five time zones in a single day and I always forget what day, date, and time it is.

I often ended a workday by myself in a bar, restaurant, or hotel making small talk with the locals or chatting with other road warrior. On the not-so-busy days I have been entertained at countless dinners, banquets, and galas. I have tried all manner of foods from sea slug to duck tongue and consumed more than my fair share of beer, wine, and some quite dubious local spirits. Some of their names were hard to pronounce after two glasses. I have had only three cases of food poisoning—all of which were attributed to airline food.

I have learned to say “hello,” “goodbye,” “thank you,” “please,” “how much,” and “it’s delicious” in no fewer than eight languages. I have observed local customs and followed along accordingly (where my own sensibilities allowed), leading me to karaoke, belly dancing, drinking contests, endurance cycling, mountaineering, and even an offer to enter a salsa school for the Brazilian Carnivale. I observed some beautiful local customs and traditions and have learned a little about Islam, Buddhism, Taoism, Hindu, capitalism, and creationism.

This year, I attended an average of 30 meetings a month. I have presented to the United Nations, many government ministers and policy makers, countless industry associations, at awards functions and ceremonies, office openings, and morning briefings. I work an average of 20 hours per day when on the road, receive an e-mail approximately every three minutes that needs attention, and coordinated countless teleconferences.

While this lifestyle can be exciting, its less glamorous side is that I have missed many social functions with friends and family. I have missed my immediate family’s birthdays (including my own), my wedding anniversary, and have always barely made it home in time for Christmas. Often, I arrive at home with enough time to unpack a bag, repack another, do the yard work, and return back to the airport. I have spent tens of thousands of dollars for personal calls back home from far-away places, Skyped into family functions as a head on a screen, and assisted with my kids’ homework remotely.

That’s the big question really isn’t it? Why log so many miles on the road to remote locations and across multiple time zones? The answer is because I am passionate about the auditing industry and the professionals within it. I never tire of explaining our value and our significance to the uninitiated, and I enjoy amazing lay people with the amount of behind-the-scenes effort that goes into the swing of a golf club, the lead in pencils, the food on their plates, the solar panels and wind turbines of the future, and the thousands of moving parts that are inspected on every plane that carries people over vast distances.

I am committed to showing governments, the United Nations, established corporations, and emerging industries and countries that progress is simply not possible without our army of specialists who work tirelessly behind the scenes to facilitate trade, coordinate process improvement, and guarantee the future of the next generation.

My audit travels in 2011 haven’t been much different from my last three years as president of RABQSA, the five previous years I served as its vice president, or the 10 years prior when I worked as an international auditor. As 2011 ends and the 2012 comes into focus, I can guarantee to you that I will be doing it all over again—with the same amount of energy and conviction and with the resolve that my efforts support you, the professional auditor.

Peter Holtmann is president and CEO of RABQSA International Inc. and has more than 10 years of experience in the service and manufacturing industries. He received his bachelor’s degree in chemistry from the University of Western Sydney in Australia and has worked in industrial chemicals, surface products, environmental testing, pharmaceutical, and nutritional products. Holtmann has served on various international committees for the National Food Processors Association in the United States and on the Safe Quality Foods auditor certification review board.

The Wild World of Audit Travel→ 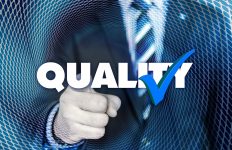 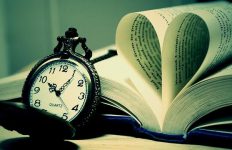