Sharon Carvolth is the founding principal of Audit Services International, a health, safety, environment, and quality consultancy that provides auditing, training, and risk management services to the global mining industry.

An industrial chemist by trade, Carvolth has been a certified auditor with Exemplar Global since 1994. Shortly thereafter, she launched Audit Services International. With nearly 30 years in the industry and a host of achievements (including being named the 1997 Queensland Young Australian of the Year), Carvolth has had an interesting and fascinating career trajectory.

In this conversation, we discuss her unique pathway to an auditing career, why auditors need to think in terms of systems as opposed to just standards, and the career achievement of which she is most proud.

EXEMPLAR GLOBAL: How did you find your way to a career in management system auditing?

SHARON CARVOLTH: When I first started working in laboratories as a chemist in Australia, they requested I become a National Association of Testing Authorities (NATA) signatory. To be a NATA signatory, you also had to have auditor qualifications because the lab had to be certified to ISO 9001 as well as ISO/IEC 17025. And that was my pathway to auditing.

EG: How and when did you start your company?

SC: I started the business in 1995. At that time, I was working as an industrial chemist/quality 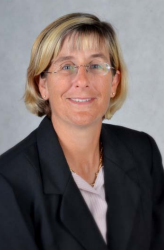 manager for a coal consulting laboratory. I went out on my own because I could see that there was an opportunity in mining. There had been a couple of significant disasters that had occurred in the industry and things were starting to change with respect to a focus from quality to safety, which then ultimately led into environment. I was able to get an “in” with the mines inspectorate in Queensland, where I assisted them with writing some documents following Queensland’s Moura mine explosion which resulted in multiple fatalities in 1994. That led to an “in” with the NSW mines inspectorate in writing some documents following the Gretley fatalities in 1996. The business has grown as a consequence of that work.

EG: Can you tell me about your training and how it has helped you come to this point in your career?

SC: My initial training allowed me to become a degree-qualified industrial chemist. When I left doing the chemistry-type work, I went back to university and I earned a graduate diploma in quality management, because I was trying to move my way into that field. Part of those studies included a lot of statistics and analysis and engineering control-type work, which exposed me to production processes and all of those kinds of things. I’m not particularly concerned what work environments I get dropped into because I’ve had that background through those degrees.

Around 1997, I could see that there was a shift happening and that safety was starting to morph into environment, so I went back and got a graduate diploma in environmental engineering. That was quite good because it was practical and allowed me to gain experience at places like paper manufacturers and water treatment facilities. It was great in giving me exposure (from an environmental perspective) to the concepts of cleaner production.

I also began to realize that systems were about more than just quality, safety, or environment management. To work well, these must be built into the whole of business, so I went back and earned a graduate diploma in company directorships from the Australian Institute of Company Directors (AICD). When I’m consulting, that experience gave me the insight to build systems that are simple and easy, not wordy, because more words mean more problems, especially when you come to be audited and have to justify all of those words.

That entire background informs that way I conduct audits. I’ve got training in science and engineering, training in business, and practical training in applied situations, so you can pretty much dump me in any location and I won’t feel like a fish out of water.

EG: That’s an amazing amount and variety of experience! So, given all that, how do you think that auditing has changed over the course of your career?

SC: I’m predominantly in mining and heavy industry. Every now and then I do some work in the petroleum and gas industry, but most of my work is in mining. Overall, auditing in my field has become more robust over the years. When I first started in the 1990s, people were happy to be audited, but it was very infrequent. Now, we have contracts with major mining houses, and we look after all their assets for a three-year period, covering all their auditing requirements.

We now do all of our audits direct-entry, whereas 28 years ago I used to run around with a pen and paper, taking notes and then typing everything up at the end of the day. We now have a huge use of photo essays, working on the adage that a picture is worth a thousand words. Therefore, as much as possible, we try to back up what we’re recording in the audit report with photo essays to demonstrate that the findings are not mere beliefs but are accurate depictions of what is really going on in the workplace.

Due to continued fatalities in mining, the industry has focused on a concept called critical controls, which is now the basis of all mining industry auditing. I try to get my team to constantly focus on the fact that you can’t look at a control in isolation—you must make sure that it comes back to the system. In other words, how is the system supporting that control? How is the control supporting that system? Because when you can audit the system and the system works, then the control will be that much more effective.

EG: What further changes do you foresee in the years to come regarding the profession?

SC: I think there’s a belief that auditing has to be “app-ized,” like everything else in the world. There are apps and simplified digital auditing tools available now, but I don’t think that’s good. These tools undermine the process and carry it away from being an audit into being more of an inspection. You don’t have the flexibility to be able to take an answer from an auditee and chase it down the rabbit hole to pinpoint where the system has failed. I’m concerned that over the next little while, with more people coming into the industry, they’re going to want these apps, they’re going to want the auditing process to be easy. But auditing is not easy. It takes a lot of time, it takes hard work, it takes dedication, and you have to be prepared to put that effort, especially in a major fatality prevention-oriented industry.

EG: What would you say are the biggest achievements in your career?

SC: Well, I usually don’t talk about this stuff, but I was awarded Outstanding Woman in a Non-Traditional Field by the National Center for Gender and Cultural Diversity in January 2002. That’s a long time ago now, but it did demonstrate that there were very few women in mining at the time. I’ve also been on committees with the mines inspectorate in Queensland and New South Wales, and that recognition was quite nice. In 1997, I was awarded Young Australian of the Year for Queensland.

EG: What a great honor!

SC: Thank you! But I honestly think my biggest achievement is the fact that I’ve been able to remain self-employed for 28 years and maintain enough work to keep myself busy. We’re booked out now for most of next year, which is great. So, although my biggest achievement is my longevity in the industry, my maintenance of velocity of work is great, too. It generally doesn’t matter too much, what happens in the broader economy, we are always heavily booked with work. Honestly, it doesn’t matter about awards and all those kinds of things, the fact that my clients trust in me and give me work year in, year out, week in, week out—that’s my biggest achievement and the thing I’m most proud of.

EG: How important is training for those starting out in auditing, particularly the next generation coming through?

SC: I think it’s exceptionally important, the training is more than about auditing, the training is about business, and it’s about systems, and it’s about understanding processes and how they work and why they work. That training doesn’t have to be something that’s formal. If you go and work at McDonalds as a high school student, as an example, it’s extraordinarily beneficial to observe why their systems are set up the way they are, and that the whole purpose of the continuity and the consistency of the system is to produce consistency of output, and consistency of the output creates that brand relationship and creates a return customer. A lot of people believe that they can flit around from job to job and then just become an auditor. That’s not how auditing works. Good auditors must understand the systems process, and when you’ve got that under your belt, then you can go and acquire your auditing skills and apply them across all of that other wealth of knowledge that you have.

EG: What other tips do you have for people who want to get into a career in auditing?

SC: My biggest tip is to go and do a course in auditing, but after you gain some auditing skills, you have to use them. We run auditor training, and one of the biggest issues that we have is that we run this training course, and people take it and say, “This is awesome!” But then they don’t use the skills for 12 months. Auditing is a use-it-or-lose-it skill, and practice makes better (not practice makes perfect). You learn something from every client every day, and you’ve got to take that on board and keep building your own knowledge base to be able to be an effective auditor into the future.

EG: Aside from the technical aspects of the job, what are some of the skills of an auditor that are not easily recognized?

SC: People skills are very important. That can mean the ability to read a room, judge someone’s behavior, and modify your interviewing approach if you’re not getting productive feedback from the auditee. It’s important to recognize if someone is closed off and know what to do to get them to open up. Unfortunately, a lot of people don’t recognize other people’s behavioral attributes. But as an auditor, you have to be able to create that rapport, build a relationship, and generate some trust. Then people will be more willing to engage with you, but you’ve got to be able to read what those people are thinking and feeling through their body language, their eye contact, and pivot to suit those peoples’ needs when you’re conducting the audit.

I love auditing. The desire to participate in other people’s businesses by identifying strengths and weaknesses and helping them identify improvements within their business makes this job rewarding. It makes all the late nights, early mornings, and weekend travel worth it. The ability to engage with people and help people along their journey is the most rewarding thing about auditing, and that’s what gives me my energy. To conduct an interview and see that something has been imparted to the auditee that they can take away and apply in their daily work is wonderful. And in every interview I conduct, I also take a little bit of away from them that makes me a better auditor and a more knowledgeable person. 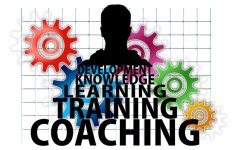 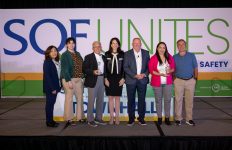 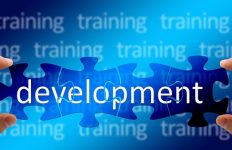 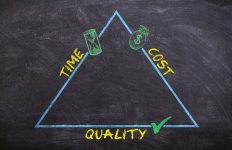