The annual ANSI Leadership and Service Awards program is a longstanding tradition that recognizes and honors the creativity, dedication, and vision of individuals who contribute to and participate in U.S. and global voluntary standardization activities. Each year, ANSI invites the nomination of outstanding leaders and achievers across the broad spectrum of ANSI members and constituents.

ANSI has opened the call for nominations for its 2022 Leadership and Service Awards. These awards will be presented at a banquet and ceremony on Oct. 12 at The Fairmont Washington, D.C., during the fall 2022 World Standards Week events. Winners will be announced in the summer of 2022.

Criteria for each of the award categories are provided below. Letters of support from members of the standardization community attesting to the nominee’s achievements are strongly encouraged as part of the nomination.

Completed nomination forms together with supporting documents should be emailed to awards@ansi.org by June 24, 2022 (5 p.m. Eastern).

Next Generation Award. Next Generation Awards honor individuals who have been engaged in standardization or conformity assessment activities for less than eight years and have, during this time, demonstrated vision, leadership, dedication, and significant contributions to their chosen field of activity.

President’s Award for Journalism. The President’s Award for Journalism honors a journalist whose work helps to illuminate the role that standardization and conformity assessment activities play in improving the health and safety of Americans and in strengthening the competitiveness of U.S. business in a global marketplace. Professionals working in print, broadcast, or electronic media will be considered.

Chairman’s Award. The Chairman’s Award honors outstanding accomplishments performed by any group or individual on behalf of ANSI or the ANSI Federation. Recipients are selected by the chairman of the ANSI Board of Directors in consultation with the Awards Committee. The award may be presented at any time.

Workforce Development and Innovation Award. The Workforce Development and Innovation Award recognizes exemplary accredited credentialing bodies, or an individual associated with an accredited certification body, that significantly affects workforce development in the United States. The recipient organization or individual will be chosen based on the following criteria:

Maureen Breitenberg Conformity Assessment Research Medal. The Maureen Breitenberg Conformity Assessment Research Medal honors work that advances the principles of the National Technology Transfer and Advancement Act (NTTAA) through outstanding contributions toward reducing redundancy and complexity in conformity assessment. Efforts to leverage private-sector conformity assessment infrastructure to meet market and regulatory needs, or distinguished research from business, industry, government, academic, or non-profit professionals that illuminate the importance of conformance in providing confidence in standards compliance, improving the health and safety of Americans, and strengthening the competitiveness of U.S. business in the global marketplace, will be considered.

The award is named for the late Maureen Breitenberg, a valued leader and contributor to ANSI and the greater standards and conformity assessment community, who passed away in 2010. She served as senior economist in the Standards Services Division of the National Institute of Standards and Technology (NIST). A prodigious author, her widely referenced publications on certification, conformity assessment, laboratory accreditation, and U.S. and international standardization activities have been recognized as primers for anyone entering these fields.

The award is named in honor of Dr. George S. Wham, technical director at Good Housekeeping magazine, who has served as a past chairman of ANSI’s Board of Directors and who was a member of the Board for more than a decade. It was Dr. Wham’s leadership and vision that initiated the establishment of ANSI’s long-range strategic planning process, which enabled ANSI to respond to increasing challenges of the global standards community. Among his many accomplishments, Dr. Wham chaired ANSI’s Consumer Interest Council and ANSI’s Coordinating Board on Textiles, and also led numerous delegations to international meetings on textile standardization. In addition, Dr. Wham has served on advisory committees of the U. S. Department of Agriculture and the National Academy of Sciences and has been active in the American Association of Textiles, Chemists and Colorists, ASTM, and Underwriters Laboratories. Dr. Wham was the first individual to receive this prestigious award.

The creation of the Elihu Thomson Electrotechnology Medal was recommended by the USNC. 2007 marks the first year that nominations have been accepted for this award.

2010 was the first year that nominations were accepted for this award.

The Standards Medal was renamed in 1985 for Richard J. Finegan, vice-president of Liberty Mutual Insurance Co., who for more than a decade provided leadership and strong support to ANSI and the voluntary standards system. Finegan helped determine Institute policy and programs as a longstanding member of ANSI’s Board of Directors. He served as vice-chairman, vice-president, a member of the Executive Committee, and chairman of the Board Finance Committee. He was also elected honorary chairman of the Board in recognition of his outstanding service. The Finegan Standards Medal, named in his honor, encourages others to give the same caliber of exceptional leadership.

Howard Coonley Medal. The Howard Coonley Medal honors an executive who has rendered great service to the national economy through voluntary standardization and who has given outstanding support to standardization as a management tool. This award was named for Howard Coonley, who for many years was president and chairman of the Board of the Walworth Co. He served three terms as president of ANSI, then known as the American Standards Association, and 22 years on its Board of Directors. In 1946, he was elected first president of ISO. Because of his long and outstanding service to the voluntary standards system, the medal was not only named for him, but he was its first recipient.

Astin-Polk International Standards Medal. The Astin-Polk International Standards Medal honors distinguished service in promoting trade and understanding among nations through personal participation in the advancement, development, or administration of international standardization, measurements, or certification. The award is named for the late Dr. Allen V. Astin and Dr. Louis F. Polk, Sr., outstanding advocates of international standardization and measurement, who were closely associated with the development of science and engineering and in improving national and international metrology. Dr. Astin retired from the National Bureau of Standards (now NIST) in 1969 after 37 years on the staff, 17 of them as director. Dr. Polk was chairman of the U.S. Metric Board. Because of their distinguished contributions, Dr. Astin and Dr. Polk were the first recipients of this award. 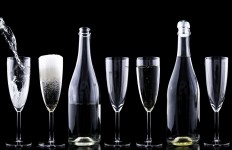 ANSI Announces Recipients of the 2017 Leadership and Service Awards→