Risks are inherent in the construction industry, and they come in various types. The National Institute for Occupational Safety and Health (NIOSH) reports that more than one in three deaths happen in this sector because of falls. The data also show that companies with fewer than 20 workers had more than three-quarters of the overall fall-related fatalities.

Additionally, NIOSH data concluded that struck-by incidents cause 15.4 percent of fatalities, and electrocution accounts for 7.2 percent of construction worker fatalities. Finally, fatalities stemming from getting caught in or between something accounted for 5.4 percent of cases based on the most recent data available.

Due to these threats and others, risk management is a constant concern in the construction industry. Even the most well-trained people with years of experience can accidentally hurt themselves or others because the nature of the work has inherent dangers.

To address some of these concerns, construction companies are investigating and investing in construction robots to support their risk management aims. Analysts expect the construction robot market’s worth to surpass $166 million by 2023. If that happens, it will represent a 16.8-percent compound annual growth rate from 2018 to 2023.

Here are four examples illustrating how robots could play an important role in future risk-mitigation efforts at construction sites.

1. Surveying sites before humans enter them

Project managers must evaluate all construction sites for hazards, then figure out how to mitigate the risks and educate workers about the remaining threats. Robots don’t remove that responsibility, but they can assist with such tasks.

For example, Auburn University uses a remote-controlled robot that can enter buildings, scan them with lasers, and create 3D models from the data. Eric Wetzel, an assistant professor at the institution, explains that the use cases span beyond newly constructed buildings.

“It’s also good for mapping existing structures,” he says. “So if you have a condemned building that you need to tear down, but you’re worried about sending people into it, you can get a 3D model of that space, and we’re talking about accuracy within millimeters here.”

Wetzel said people at the university are also interested in what else the robot might do. For example, it could verify the stability of structures and sites after storms or conduct more generalized safety checks.

The more visibility a robot provides to construction crews, the lower the likelihood of accidents and fatalities. Plus, if an advanced machine can remove the need for a person to go into a potentially dangerous space before verifying its safety, everyone working on the site can benefit from the improved risk management.

Many construction site tasks are dangerous and repetitive. Additionally, work that’s low on the overall risk scale could put people in harm’s way if they get tired or distracted. However, robots can relieve people and empower them to advance their careers by participating in more challenging and rewarding duties.

Construction company Skanska began testing robots for repetitive tasks done at a height. The machines have telescopic masts with a long arm that can reach approximately 13 feet into the air. So far, trials have consisted of them fitting and drilling high ceiling anchors.

Vaibhav Tyagi, the head of innovation for Skanska UK, says, “Advancing the use of robotics in construction has the potential to deliver huge benefits, both in terms of safety and productivity. By automating tasks that are repetitive or present some degree of risk, such as working at height, we can protect our people while improving the accuracy, speed, and quality of the task.”

Determining which duties pose the greatest risks and learning whether robots will assume all or parts of those responsibilities is a good starting point for those considering implementing smart machines within construction or otherwise.

Most construction sites have huge equipment, which increases the chances of things going wrong. For example, a five-year study of crane-related fatalities showed an average of 44 workers in the United States died per year. That figure did not include workers or civilians injured by crane mishaps during the period.

However, robotic systems could increase the distance between humans and heavy machines. Getting struck by a crane or its load is one of the most common ways crane-related deaths occur. Robotic systems that keep people farther away from these machines would play a significant role in better risk management.

For example, an academic paper explained a prototype for a robotic crane system used during the construction of rectangular high-rise buildings. The authors said it enhances human safety by having a robot complete the most dangerous tasks associated with cranes.

A recent example concerned an autonomous excavator that worked for 24 hours without stopping. Researchers tested its excavation capabilities of both wet and dry contents, concluding they were on par with what human operators can do. The trial also entailed creating 10 tasks to mimic real-world duties, then seeing how the robotic system responded to them.

Although these two examples focused on the early stages of construction innovation, it’s easy to see how similar advancements could improve risk management for the industry. For example, a construction worker could supervise a piece of automated equipment from a safe distance, perhaps commanding it with a tablet or smartphone. There’s almost no risk of them getting struck or run over by the machine in such a scenario.

Construction robots could also be put to good use in tasks that feature multiple risks. They could help if someone is working at a height while using a tool that could cause them to lose a finger if things go wrong.

Best practices for risk management require the responsible parties to evaluate all possible factors. For example, how do variables like the weather or a person’s experience raise or lower their risk? When looking at scenarios that way, it becomes clear that many tasks—even those unrelated to construction—have several threat elements linked to them. Robots could help conquer the challenges of that reality.

Raffi Holzer is the founder and CEO of Avvir, a construction automation company. He weighed in about what’s on the horizon, saying, “Rebar tying and hanging drywall are some of the most dangerous jobs on the site. These are prime examples of what some startups in the field are already doing well and effectively with the use of robots.” Indeed, there’s a construction robot from Japan that can install drywall.

Additionally, Canvas provides a robot capable of a level-five drywall-finishing job. The robot applies the necessary compound to walls and ceilings, saving people from the overexertion and back strain that often accompanies the task. It also can perform dust-free sanding. That approach promotes safety, too, since the dust associated with drywall joint compounds can irritate the throat and airway, and potentially cause breathing problems.

Serious discussions about adding robots to the construction workflow should note how even the smartest machines cannot remove all risks. Moreover, they may add new ones, particularly if someone does not receive the proper training for working around them. Adding anything to a construction site changes the conclusions made during previous risk assessments. Thus, before letting a robot handle all or part of a process, people must first carry out a fresh evaluation of potential site threats.

These are just some of the eye-opening reasons why construction robots are often beneficial for reducing site risks. No machine or technology can remove all possible safety issues, but it could minimize them.

Emily Newton is the editor in chief of Revolutionized, an online magazine exploring the innovations disrupting the scientific and industrial sectors. 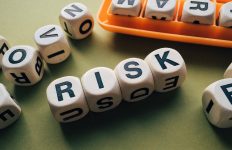 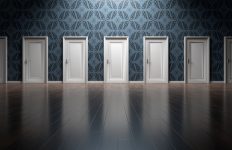 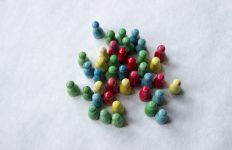 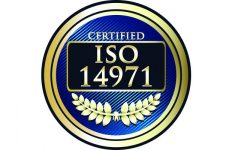 A Look into ISO 14971: Risk Management and Quality System Integration→