Browse: Home / A New Approach to FMEA in the Automotive Industry

by Chad Kymal and Gregory Gruska

The Automotive Industry Action Group (AIAG) and the German Automobile Industry Association (VDA) have been cooperating in automotive quality management systems since the advent of the second edition of ISO/TS 16949 in 2002. Initially, the integration work that started with ISO/TS 16949 naturally evolved into an integration effort of the FMEA standards. The two FMEAs are quite different from each other in approach. Some of these differences will be illustrated in this discussion. The current work is the outcome of three years’ work by a team of AIAG and VDA FMEA stakeholders. These comments are based on the draft document released for public comments on November 27, 2017. It is assumed that the final release will incorporate these and other suggestions.

The FMEA is a creative and structured effort that works to improve product and manufacturing process design of a product. Traditionally, the failure mode “effect” has resulted in a “severity” rating, the failure mode “cause” with “preventive action” have resulted in an “occurrence” rating and the “detection controls” have resulted in an “occurrence” rating. The severity, occurrence, and detection ratings and the risk priority number (which is a result of S x O x D) was used to determine recommended actions or improvements to the product or manufacturing process design.

Generally, the Germans have been historically focused on the design FMEA and the Americans on the process FMEA. While this is generally true, there has been many efforts in the past five years in the U.S. automotive industry on the DFMEA.

Second, the VDA DFMEA approach has looked at the interaction of system, sub system, and components when trying to improve design. The U.S. approach, however, has focused on improving design in each of these elements separately.

Third, the U.S. DFMEA approach has looked at the links between design FMEA and test plans, while the VDA approach does not mention it.

Fifth, the U.S. approach for process FMEAs has focused on the interaction between process flow, PFMEA, control plans, and work instructions. This work was cataloged as early as 1990s when the dimensional control plan was created by Ford Motor Company’s powertrain division. This work was a result of Greg Gruska’s work with Ford. Simultaneously, Omnex created their approach in the early 1990s around a methodology called “process review” that focused on the linkages between process flows, PFMEAs, and control plans by product and process families.

Both methodologies succeeded to a great degree and the quality of German and U.S. vehicles have improved tremendously. It is worth looking at the results of preventive measures by citing JD Power figures for initial car quality or things gone wrong (TGW). The TGW ratings are the number of things gone wrong in 100 cars. For this rating, lower is better. It is good to know that 100 or one reported problem per car was the magic number that was thought to be untouchable years ago.

The 2017 IQS study had this announcement to make in its press release, “The ‘Detroit Three’ American automakers—General Motors, Ford, and Chrysler—outperform import brands for the second year in a row, but for only the third time since the study was first published in 1987. In 2017, domestic brands receive a score of 93 PP100, compared with 99 PP100 for import brands. Last year, domestic brands also had fewer problems (103 PP100) compared with import brands (106 PP100).”

The article gave kudos to both American and German cars that performed better than the Japanese-owned car companies.

Those familiar with the VDA approach can see that a structured approach similar to that used by VDA was adopted by the consolidated approach to FMEAs.

It also adopts a flat file when the relationships are more three dimensional between failure effects, failure modes, and failure causes. Each of these failures arise from different parts of the bill of materials or what is known as “structure analysis” above. We use the same language as the FMEA by saying level one, two, and three for the BOM structure.

Structure of the system or BOM

The consolidated FMEA approach has also adopted the block diagram in the structure analysis which the AIAG DFMEA and U.S. customers required. Omnex believes that it is more of a scoping tool and belongs in the first step.

The new FMEA file structure has adopted a form as shown below. The form relates to each of the steps of the FMEA approach after the initial scoping step. Hence, form titles are structure analysis, function analysis, failure analysis, and risk analysis with a final step of optimization. In each of these steps we can notice that the color changes between the three columns of each section. Each of the columns belong to one of the levels of the structure. The risk analysis has adopted the severity, occurrence, and detection rules that many of Omnex’s customers in the U.S. had adopted in the recent past. This step is called action prioritization or and the new FMEA has finally given up on the RPN risk rating.

Questions and thoughts to ponder

In the consolidated FMEA approach model, the causes are always at the lower level similar to the VDA approach. In other words the problems or “failures” in the current level are always because of a “cause” at the lower level. The failure at the lower level is because of a failure or cause at the level below. This is at odds to the U.S. approach which had always tried to improve the design at the current level without assigning cause to a lower level. Since each level is most likely assigned to a different design team, the design teams above are assigning cause or failure to the lower level design teams. Let us be clear, in the DFMEA, the structure and the linkage between the system, sub system, and component is a much needed improvement, however, there is a missed opportunity here to commingle the U.S. and German approaches.

The current approach, borrowing from the VDA, looks at three levels, where in most systems there are more than three levels. It would be beneficial for the six steps to take a more complete system approach to think about the structure, functions, requirements, and failure flow down of the entire system.

The lack of linkages between DFMEA and Test Plans (DVP&R) and Process Flow, PFMEA, control plans, and work instructions is another lost opportunity in this new consolidation. Moreover, IATF 16949 requires these linkages and it is not clear how the consolidated FMEA approach will achieve it.

Finally, the six-step approach is not value added to the PFMEA. The U.S. approach of completing a process flow, PFMEA, and control plan would have been an improvement. The structure analysis and a seeming brainstorming of cause and effect between failure and causes using a 4M (man, machine, material, and environment) leaves much to be desired. In many ways, this seems like we are taking a step backward.

There are many more observations and thoughts, but most importantly we would like to applaud the U.S. and German teams for developing an integrated document. We hope there is much dialogue and discussion resulting in improvements and changes possible in the consolidated FMEA approach, which is currently in a draft format.

The draft is now available for review and comment here.

Chad Kymal is the chief technology officer of Omnex Inc. Gregory Gruska is a management consultant in the Detroit area. 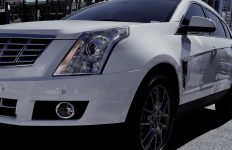 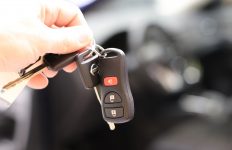 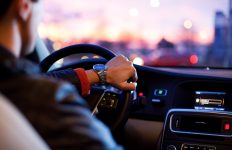