Astronauts at the International Space Station recently undertook a spacewalk to prepare the station for the installation of two new solar panels. NASA astronauts Kate Rubins and Victor Glover ventured out for approximately seven hours, installing frames that will support high-efficiency solar panels set to arrive at the International Space Station in the coming months. Japan Aerospace Exploration Agency (JAXA) astronaut Soichi Noguchi, along with Rubins, completed the installation on March 5.

The International Space Station has long made use of solar panels as a power source. Eight panels are currently in use, but at 12 to 20 years old, most are deteriorating and past their design lifetime. The new panels use the latest solar cell technology, allowing them to be about half the size but equally powerful to the current panels. The current panels will remain in place and operational; two new panels will be placed at an angle above them.

Solar-powered devices have been developed and used as early as the 1800s. The technology has continued to improve ever since, with developments to enhance efficiency, cost, and even aesthetics for residential rooftop solar panels. Standards have played a significant role in supporting these technological advancements and making solar energy use a viable option for everything from the home to the International Space Station.

The American Institute of Aeronautics and Astronautics (AIAA), a member and accredited standards developer of the American National Standards Institute (ANSI), has numerous standards to support the successful development and use of aerospace technology, including the use of solar panels on space stations. AIAA S-112A-2013, “Qualification and Quality Requirements for Electrical Components on Space Solar Panels,” establishes qualification and quality requirements for the electrical components integrated onto spacecraft solar panels.

International standards also guide solar energy use by space systems, such as ISO 21348:2007, “Space Environment (Natural and Artificial)—Process for Determining Solar Irradiances.” Solar energy applications requiring a standard for determining solar irradiance energy include solar cell power simulation, among other applications. This standard was developed by the International Organization for Standardization (ISO) Technical Committee (TC) 20, “Aircraft and space vehicles,” Subcommittee (SC) 14, “Space systems and operations.” ANSI serves as the secretariat to TC 20 and SC 14, with SAE International serving as the U.S. Technical Advisory Group (TAG) administrator to TC 20 and AIAA serving as the U.S. TAG administrator to SC 14.

Many standards provide guidance for solar panels here on Earth, too. UL 3703, “Solar Trackers,” focuses on technology that allows solar panels to rotate and follow the sun as it moves across the sky. This tracking motion leads to a marked improvement in efficiency compared to static solar panels. UL 3703 is an American National Standard (ANS) developed by ANSI member and audited designator Underwriters Laboratories (UL).

Uniform solar standards are key in supporting the cost-effectiveness of solar energy development and use. The ANS, IAPMO/ANSI USHGC 1-2018, “Uniform Hydronics and Geothermal Code,” provides the built industry with uniform solar standards, resulting in a reduction in training costs, product development costs, and price for consumers. It was developed by IAPMO, an ANSI member and audited designator.

Learn more about the astronauts’ amazing spacewalk and future plans for the International Space Station’s solar panels in AP News and CBS News.

The American National Standards Institute (ANSI) is a private, nonprofit organization that administers and coordinates the U.S. voluntary standards and conformity assessment system.

This article first appeared on ansi.org and is published here with permission. 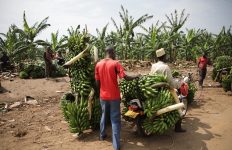 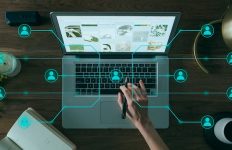 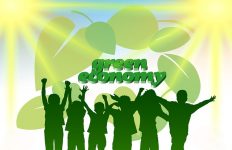