Floods, droughts, record-breaking temperatures – the evidence indicates that addressing climate change has become one of the world’s most pressing issues, which is why the publication of two ISO standards will have a significant part to play in helping to reduce damaging greenhouse gases.

Tackling the effect of greenhouse gas (GHG) emissions on global warming and the subsequent impact on climate change is one of the defining, and intractable, challenges of our time. Despite concerted efforts, global warming remains above 1.5 °C and shows every sign of continuing to creep upwards.

According to the Met Office, the United Kingdom’s national weather service, the levels of carbon dioxide (CO2) in the atmosphere are set for a near-record rise this year. This increase is being fuelled by the continued burning of fossil fuels and the destruction of forests. Leading scientists have warned that if global warming is not kept below 1.5 °C, extreme weather conditions, floods, droughts, and wildfires will become more frequent, taking a deadly toll on society.

Since the United Nations Framework Convention on Climate Change (UNFCCC) was created in 1992, some progress has been made on fostering international action on climate change. Efforts led to the Paris Agreement of 2015, which allows individual countries to set their own strategies on climate change and, unlike the Kyoto Protocol which preceded it, has no legally binding terms. The goal of the Paris Agreement is to hold the increase in global average temperature to well below 2 °C above pre-industrial levels and to pursue efforts to limit warming to 1.5 °C. However, it is clear that further action is needed to ensure we meet those targets.

Dealing with climate change requires coordinated action not only by nations around the world but also non-state actors such as cities as well as the private sector. This is where International Standards ISO 14064-2 and ISO 14064-3 can make a constructive input to finding a solution. ISO 14064-2 is used to quantify the amount of GHG emissions reductions or removal enhancements, while ISO 14064-3 serves to verify reports developed using 14064-2 and other project-level GHG quantification. The new ISO 14064-3 has been expanded to apply to product-level carbon footprint reports.

Tom Baumann, Chair of the subcommittee in charge of developing the standards, and Chief Executive of ClimateCHECK, says: “ISO 14064-2 and ISO 14064-3 are applicable to any project in any sector or region or organizational size/type. This is an asset because the Paris Agreement encourages ‘nationally determined contributions’ of countless types of climate actions, or projects. Therefore, these standards support harmonization of GHG tracking and valuation, which will support consistency and comparability needed by stakeholders, especially the investors needing to deploy trillions of dollars annually of climate finance.”

ISO 14064-2 has been in use since it was originally published in 2006 in various carbon credit schemes, including the national/local/private sector’s GHG programmes, and the new version of 14064-1 was published last year.

Christine Schuh, President of le-ef.com Consulting Corp, says ISO 14064-3 is essentially a new standard: “It has new principles, a new section on validation, new tools such as agreed-upon procedures and mixed engagements, clarification on reasonable levels of assurance and the ability to address indirect emissions and product life-cycles.”

ISO 14064 was developed by technical committee ISO/TC 207, Environmental management, subcommittee SC 7, Greenhouse gas management and related activities, whose secretariat is held by SAC, ISO’s member for China, twinned with SCC, ISO’s member for Canada.  It can be purchased from your national ISO member or through the ISO Store.

This article first appeared on the ISO website and is published here with permission. Please visit www.iso.org/isofocus for more information. 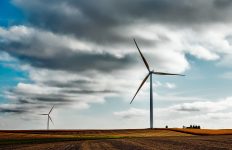 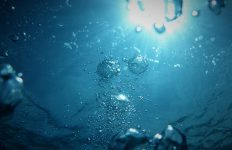 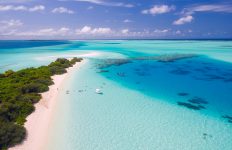 The Color of Sustainable Tourism→ 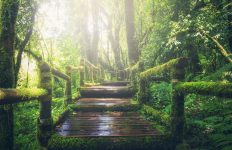 ISO 14001 Implementation Made Easy for SMEs→