Browse: Home / How Do You Know?

The concept of doubt gets something of a bum rap. Questioning the prevailing wisdom or central authority is sometimes considered a form of disloyalty and admitting to being unsure about one’s own belief system is often looked at as a kind of weakness. Yet the process of asking “why,” of never being 100-percent sure of anything, is a big part of what it means to be a curious, fully alive human being. It’s also central to the scientific method and the continuous improvement process. They don’t call it “healthy skepticism” for nothing.

There’s good evidence to suggests that political partisanship, conspiracy theories, and fake news can erode individuals’ common agreement on reality. Despite that, it’s never been more important to seek out and confirm some general truths that are universally accepted.

Auditing to ensure compliance to standards requires a strong commitment to understanding what’s really going on with processes and how they connect to the broader strategic imperatives of the organization. Logic and common sense generally prevail. If something seems too good to be true, it usually is. Information gathering is paramount and an assertion that can’t be proven is (hopefully) invalidated by concerned parties during the audit process. As W. Edwards Deming was wont to say, “In God we trust. All others bring data.”

Blind spots persist, however. Some auditors, like some politicians, parents, and producers of news, insist that things can only be done in certain ways and at certain times. It’s the old, “We’ve always done it this way” motif that is the death of insight and innovation.

For auditors, this habit can take the form of the “checklist audit,” in which he or she figuratively (and sometimes literally) checks off an organization’s compliance to the specific language found in a standard, such as ISO 9001. But that standard, especially the 2015 version, is intended to provide better insight into the auditee’s entire, holistic system as opposed to merely confirming compliance to individual clauses and how those clauses can affect individual processes.

Truth is found in the narrow as well as the broad. It’s the auditor’s job to consider the capability of the auditee’s system to satisfy customer requirements, not to mention dealing with things like quality, risk, and opportunities for improvement. Failure to do so would neglect the full import of the auditing process and would circumvent the search for provable truth that should be the focus of every auditor everywhere.

It is impossible to expect that there will ever be even a single point of truth on which everyone will agree, and in our day-to-day lives, that’s OK. Disagreement is fine. Discussions are great. Eventually, given a basic level of respect for one another, arguing about issues, especially complex social issues, is a positive way to question everything, most especially yourself.  A sense of humility, of openness to one’s own blind spots, serves auditors particularly well. Once any of us assumes we’ve got everything figured out, that’s the moment of ultimate hubris—and ultimate danger—where we risk failing to push for inconvenient answers and uncomfortable truths.

So how do you know? What tactics do you use in your auditing practice to separate truth from fiction? How can the rest of us, who may not be auditors, take a page from your book of professional skepticism and apply it to our lives as discerning consumers of information who need to make sense of confusion and create order from chaos?

Mike Richman is the principal of Richman Business Media Consulting, a marketing and public relations company working with clients in the worlds of manufacturing, consumer products, politics, and education. Richman also hosts the web television program NorCal News Now, which focuses on social, economic, and political issues in California. He is a contributor to (and former publisher of) Quality Digest. 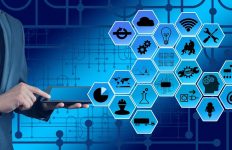 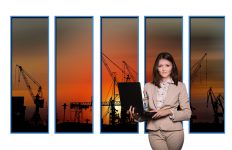 What You Need to Look for in Plant Management Software→ 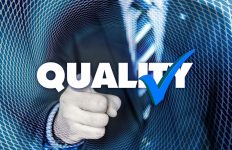 The Decline in ISO 9001 Certification: Does Quality Matter Anymore?→ 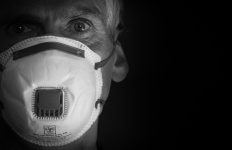 Now More Than Ever→