We hold people accountable to a code of ethics when they become certified professionals. We have some boundaries in and around the ethics of auditing your own work; we even have ethics around where the “line” is between consulting and auditing or benchmarking. Yet, we don’t have a code of ethics for standards.

What is ethics in auditing?

Ethics can be tricky. For example, we may think we are auditing ethically but in fact we are really biasing an outcome based on our personal experiences.

Let me start with an example from a client I am currently working with. The client is auditing the welfare of zoo and aquarium animals and the ability to provide a positive welfare experience as close to real-life as possible. This will include compromised animals, such as injured, socially difficult (yes, it happens in animals as well), lone animals, etc. These animals are all provided special care (enrichment) and may never have a real-life experience because of their condition.

In one example, the client assessed its standards for positive animal welfare against a particular compromised animal. This animal required intensive treatment because it is blind. To make matters even more difficult, the animal is considered one of the “big ticket” species that people come to see.

The zoo caring for the animal was assessed as doing an outstanding job for the compromised animal, above and beyond any seen anywhere else. From what the auditors could determine by observing the animal, it behaved as well as its sighted species. The zoo reached the highest possible rating in the care and display of this animal and all others.

Something was troubling the auditors, however; they believed their standard failed as this compromised species “made it through the process.” This animal should not have been given a positive welfare response as it was not living as it should have been in nature. Its “identity” was taken from it and it now just “exists”—albeit in extremely good care and conditions.

Here the auditors’ ethics impinged greatly on the outcome. They could see the system working. They could demonstrate gold standard compliance, and yet they felt the specific animal contravened the intent of the standard.

What a predicament! Should the standard be changed to reflect the auditors’ intention or should it reflect standard of care?

In this instance the auditors were influenced by their past experiences in animal welfare, species management, and even philosophical persuasions.

These auditors bring to the situation a personal belief system based on past experiences. They use this to scrutinize the value of a system, an outcome, or an activity.

It could be said that the application of the standard and its compliance has as much to do with the comfort of the decision being made by the auditor as any other objective evidence gathered.

So is there a place for ethics in auditing given that every auditor will bring a vastly different set of collective experiences to the audit? How do we assess these experiences as we relate these to the outcome of practices to a standard?

Certainly, this was never taught in any course I am aware of, and yet we write ethical behavior into the practice of auditing.

It’s a superficial observance to the compliance of auditing practice, such as don’t make decisions based on little or no evidence, don’t use the information gathered for personal gain, or don’t assess your own work.

What is yet to be addressed is the intent of the standard and “Is the practitioner deploying the standard according to the owner’s intent?” Tough question.

The auditor is outside of his or her mandate if the auditor writes up breaches of code, yet the auditor cannot make up a section of the management system to overlap the regulatory practice.

Some may argue that this simply cannot happen; the standard is meant to augment local conditions. Well, what if the site hasn’t been inspected in recent times or at all? What if management is aware of the gap between the two controls and are using it to their advantage? What if the standard’s intention was never meant to intersect with local regulatory conditions? It happens.

Where is the auditor to find the moral ground here? Does the auditor provide a report of compliance knowing full well that safety may be compromised?

Think of systems such as ethical sourcing where the whole intention of the assessment or audit is to identify ethical behavior and report upon it. What types of training are given to auditors to calibrate their ethical compasses?

We are being lured by sirens to the rocks of untested, legal ground. When we enter the world of ethics in auditing, the opportunity for litigation when determining an auditor’s outcome—beyond just observance of conditions to Standard and operating processes—is all too easy.

If we are to talk of ethics in auditing, we should be ready to have the discussion about what constitutes ethical behavior and thought, and we should be prepared to assess and rule against a professional deemed to be operating outside these parameters.

As usual, I am interested in your opinions on this matter. I hope others have given this as much thought as I have and are willing to share. Please add your comments in the “comments” section below.

Peter Holtmann is president and CEO of Exemplar Global (formerly RABQSA International Inc.) and has more than 10 years of experience in the service and manufacturing industries. He received his bachelor’s degree in chemistry from the University of Western Sydney in Australia and has worked in industrial chemicals, surface products, environmental testing, pharmaceutical, and nutritional products. Holtmann has served on various international committees for the National Food Processors Association in the United States and on the Safe Quality Foods auditor certification review board. 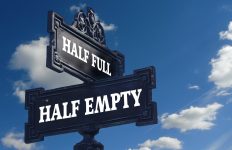