Over the years, many of us have adapted our skills as new standards, such as ISO 14001 and OHSAS 18001, were developed. Competency in industry-specific standards, such as QS-9000, ISO/TS 16949, AS9100, and TL 9000, have helped to ensure a steady stream of auditing work. However, there hasn’t been a universally applicable standard that rivals the successes of ISO 9001 and ISO 14001.

ISO 50001, Energy management systems—Requirements with guidance for use, was released on June 15. It has the makings of a great standard that could rival ISO 9001 and ISO 14001 for a number of reasons—the most important of them is its subject matter: energy conservation.

Organizations today that make anything at all—manufactured or not—are concerned about their operating costs. The reason is one word: competition. When an organization creates a great product, there is someone somewhere that reads about it and decides to compete. The Internet spreads the word quickly, putting almost immediate downward pressure on price, and the organization then has to quickly focus its costs to stay in the game it started. Consider the cell phone war between Blackberry and Apple, for example. This competition doesn’t stop, no matter how crowded the market might seem.

Labor is usually the biggest expense for any organization. When it’s not people, it’s materials. After those expenses, the matrix of cost will vary according to business activities, but energy use will always be in the top ten costliest items. In the past few years, the cost of energy has been increasing faster than other inputs. The Great Recession of 2007–2008 stagnated wage increases, but energy costs kept climbing. The reasons for this steady climb could be the subject of an entire column, but regardless of the reason, organizations have to deal with this vital input as a rising percentage of revenue. Thus, ISO 50001 enters a world ready to put considerable effort into finding every energy optimization opportunity.

If the acceptance for ISO 50001 is widespread, it will represent both an opportunity and a challenge for auditors. At a time when many auditors are considering their futures in the profession, ISO 50001 represents a significant potential market. The challenge will be learning and understanding the requirements, qualifying to audit them, and then obtaining the necessary audits. For this article, let’s deal with understanding the requirements.

There’s good news about ISO 50001’s requirements. Its content will be familiar to all auditors, but especially those who have audited ISO 14001 or OHSAS 18001. ISO 50001 uses the familiar plan-do-check-act (PDCA) format of ISO 9001 to address energy management. Figure 2 illustrates index to the standard, so you can see for yourself how similar the clause subject matter is.

I believe that the section that will cause the most challenge for auditors will be 4.4, Energy planning. Although its title is comparable to section 4.3 in ISO 14001, that’s where the similarity ends. Section 4.4 is made up of six subsections:

The sections in the standards that differ most are sections 4.4.3 and 4.4.4. ISO 50001’s section 4.4.3 requires an organization to create and document a methodology by which it will review its energy use. The output of using this methodology will be a record detailing the equipment and processes that consume energy. Perhaps the easiest way to think about this is to consider a household. A logical place to start would be at its front porch and record everything on the way in that uses energy. But, wait; how did we get to the house? We drove there. Thus, the household energy use list might look like figure 1.

Already, the auditor would notice something important. In the driveway, there’s a device that uses energy that’s measured in miles per gallon or liters per 100 kilometers. There are also several devices that use electricity and another that uses natural gas. If this household was an organization that was working toward compliance with ISO 50001, part of its documented methodology would be how it rationalizes different forms of energy. This is important for what comes later in the standard: the identification of the most significant energy-saving opportunities.

Identifying areas of significant energy use requires ranking energy used by processes, equipment, facilities, and personnel. Figure 1 illustrates this challenge. It’s perhaps easy to conclude that the car and the refrigerator are the most significant energy users, even without complex math. Additionally, it will make a big difference where the house is located. A refrigerator in a home in Phoenix that’s not air conditioned uses more electricity than the same model in Wisconsin, for example. The number of people in the house—and their ages—also makes a difference.

Comparing the energy used by the car to get to the house to that of the refrigerator gets even more complicated. You must consider the distance from work, weather, condition and type of car, number of users, and so on. When we’ve determined the methodology for identifying the most significant energy users and their current energy use, we move on to forecasting future energy use.

This portion of ISO 50001—with its production modeling, technical specifications, weather models, and future business forecasts—can be complicated. The organizations I’ve worked with have used energy engineering specialists who provided modeling that includes regression analysis. It’s not always this complicated though; there are some models that are quite simple and work well. As with other ISO standards, ISO 50001 doesn’t prescribe the level of detail or the required precision. That is up to the implementing organization to decide. The auditor’s job is to ensure that whatever has been decided is documented, repeatable, and understood by those involved.

Continuing with our household example in figure 1, the household has reviewed the cost of running the refrigerator by installing an in-line meter. Although it confirmed that the refrigerator uses the most energy of any item in the home, there’s little the owner can do about it. With three teenagers, abundant food is very important to family harmony. Buying a more energy-efficient model was determined to have a long-term payback, but it was the number of door openings in the house and the dwell period that were the biggest energy drains. In the end, it was the car that would provide the most significant opportunity for energy use reduction.

The third part of section 4.4.3 contains the magic of ISO 50001. It requires organizations to record their prioritized lists of opportunities for improving energy performance. It also indicates that they don’t have to limit these opportunities to simply using less energy—alternative energy sources can also be included.

Finally, section 4.4.3 indicates that the review is a live document. It requires updates and requires that the periods between the updates be defined. Updates will also be necessary when there are major changes to the facilities, equipment, systems, or processes. In the household example above, this would be when the teenagers leave for college or when the main driver of the car changes jobs and, thus, his or her distance traveled to work.

Section 4.4.4 requires the establishment of a baseline to which future energy use can be compared. The period that represents this baseline must include all possible sources of variation. In our household example, the baseline would need to cover a period long enough to include the effects of seasons, vacations, and household population on the energy consumed. What is not as clear in the household example is the effects of production on energy use.

When an organization makes products, its energy consumption will be affected by the level of production. A plant operating five days a week, 24 hours a day will consume more than a single-shift operation. Therefore, its energy baseline will have to rationalize consumption per unit produced. This is central to this particular section of the standard, but it also represents a powerful metric.

When an organization has a firm grasp of its energy use, it can identify the amount consumed for every unit of production. In other words, it will know how much of the price of a product is represented the cost of the energy used to produce it. It will also know how much the profit margin can increase by reducing the significant energy users. Thus, before it has implemented any action, the organization will know how its planned efforts will affect profit.

Sections 4.4.5 and 4.4.6 of ISO 50001 adapt requirements from ISO 14001 related to performance indicator objectives and targets. Given that these requirements are common in other standards, I will leave these for you to review on your own.

Energy consumption comes with requirements. For example, in an industrial setting the distribution of electricity throughout the facility will have requirements related to its safety, inspection, and who is authorized to work on it. If an organization decides it wants to save energy by installing capacitors to balance the loading, this would have to be performed by appropriately qualified personnel. 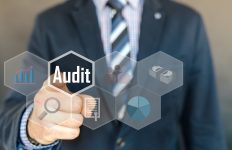 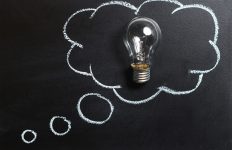 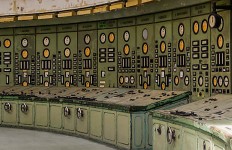 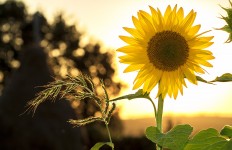